Former player Khadga Bahadur Ranabhat was felicitated by lifetime achievement award. Ranabhat has been contributing Nepali sports sector for more than 5 decades. Kaski District Lawn Tennis Association was acknowledged as best sports association. Best players received Rs 25,000 each, while other got Rs 10,000. Five time national champion Kumar is the number one player from 2007 to 2012. 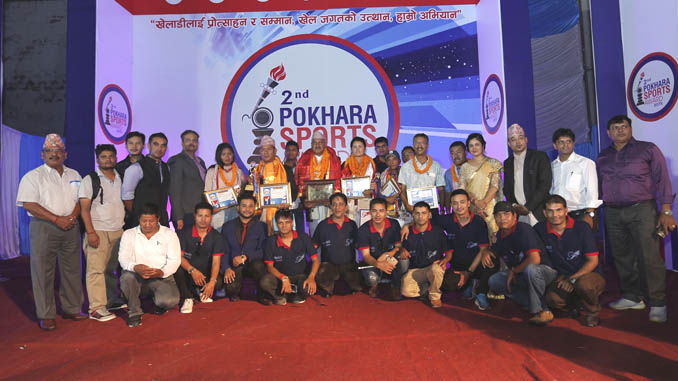